The City Odes Project is a passion project in which I collaborate with my composer, a poet and an actor to create a humanist, emotional, and visual story amidst the backdrop of a specific city.

A man straddles a love-hate relationship with Lagos in which he attempts to not only grasp both the intensity and comfort that the city has to offer, but also to embrace it as his home.

“Eko ile” is the second entry into this series and takes place in one of the most intense, vibrant, and overwhelming places I have ever been – Lagos, Nigeria. The title “Eko ile” translates to “Lagos is home” in Yoruba, one of the primary languages in the country. For this piece, I wanted to capture the city in the language I encountered most when I was there – Pidgin English (which is sort of a local slang) as well as plain English, both of which my lead actor Jide Adewale (who also happens to be one of the producers) speaks as he narrates the poem. I wanted to create a character who personifies the feeling of living in Lagos in which the hustle is as real as it gets and the frenetic pace is nonstop. Lagos truly is one of a kind.

The final result here features the work of Ntongha Ekot – a Nigerian poet – who eloquently captures these push-and-pull feelings through her words, and my frequent collaborator John Corlis – an LA-based musician and composer – who complements the poetry with his emotional piano piece “Into the Atmosphere” from his latest album of the same title. My incredible
producers Jide and Ella Utomi made it all happen by finding the locations, security and logistics; they took care of me during my memorable time there. Please, enjoy this short poem video and my ode to Lagos.

Born in Los Angeles of Cantonese descent, Sheldon discovered as a teenager that movies were more than simply entertainment via his introduction to the Criterion Collection. He was further inspired by the power of storytelling when he interviewed his father for a documentary and
learned of his parents’ tale of survival where they fled Vietnam in the aftermath of the war. Committed to filmmaking, Sheldon attended NYU’s Tisch School of the Arts where he earned his MFA in directing and cinematography.
Sheldon is the winner of the 2015 ARRI Volker Bahnemann Award for Cinematography and his work has screened at major festivals such as Cannes, Sundance, Toronto, and Venice. Sheldon has specialized in shooting internationally, working with diverse colleagues, and balancing both
large-scaled and tiny guerilla-style crews. As a filmmaker, he continues to seek stories that are evocative, personal, and emotionally resonant.
Sheldon is currently based in New York City. 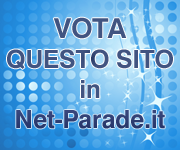